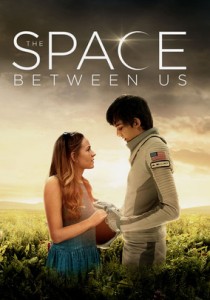 “No matter how much I want her, Earth doesn’t want me.”

I found it surprising that this movie was given a few negative reviews. I think it was because many people watched it with their minds primarily on the “romantic young love” angle. But if one were to look past the love story between the teenagers in this movie, you’ll find a plot that is meaningful and inspirational. It is a story of hope, courage, determination, and finding one’s roots and identity.

Gardner Elliot is the only human born and raised in Mars. He grew up to be a highly intelligent boy, unknown and unwanted in Earth. Sixteen years later, his only contact with people was with the fourteen astronauts in the Mars colony where he was brought up, and Tulsa, the street smart orphan girl from Colorado whom he met via an internet chatroom. When he got a chance to travel to Earth despite a possible threat to his health, he embarks on a quest to find his father with the help of Tulsa, exploring sights and falling in love along the way. But it turned out his body cannot withstand Earth’s atmosphere and he was dying. Will time run out for him before he learns the truth about his father?

The plot was simple but meaningful. Asa Butterfield was very convincing in his portrayal of the role of Gardner Elliot. Not at all surprising from the boy who played Hugo. He’s all grown up now and so tall! This boy can really bring to life any character required of him with finesse and effect. 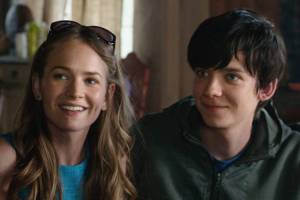 Gary Oldman was his usual best. The rest of the cast was okay. I had to agree with most negative reviews, though, that Britt Robertson, the actress who played the role of Tulsa, looked old for teenage Gardner. Except for that minuscule detail, she gave justice to the role of being a hardened up girl who learned to be tough in between foster homes.

The Space Between Us is not merely a love story of two teenagers coming of age. It is the story of a boy coming home to a planet that physically rejects him and finding the mysterious father that never stopped loving him. In the process, he accepted his fate, becoming at peace with what he truly is.

“What’s your favorite thing about Earth?”