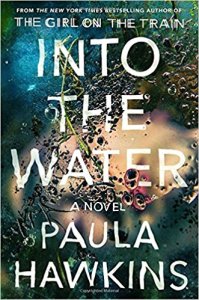 Book: Into the Water

I loved The Girl on the Train. The movie was great, and while I have yet to read the book itself, I was content to let it remain in my TBR list, secure in the thought that if the movie was that good, the book would be no less.

When I learned that Paula Hawkins’ Into the Water was the winner of the 2017 Goodreads Choice Awards, I could not pass up the chance of reading it. The book got 48,247 votes, beating Dan Brown’s Origin. Wow. To beat Dan Brown, that was certainly something. So I put Dan aside and said hello to Paula.

Into the Water is a psychological suspense set in the rural British town of Beckford with cliffs, a bridge, a river and the mysterious Drowning Pool, where several women were killed or committed suicide over the years. A fresh new death involved the main character’s sister which proved to be incidental in uncovering the mystery and horror of past deaths. The plot was good but the execution was, regretfully, not very much.

For starters, I feel there were too many minor characters in the beginning. Taking into account the book’s blurb, it was expected that focus will be on the introduction and character development of Jules and Lena. Of course, this is a writer’s tactic to confuse readers into guessing who the murderer was – introduce many characters so the readers would be baffled. But I think there is a thin line that divides confusion from a disorderly mess. I felt there was “character dump” in the first chapters.

There were too many POVs too. Not just told from the perspective of each character, but also told as per type of POV: first person, second person, and third person. Some of these, sadly, did not move the story forward, making its pacing slow and dragging. The twists were not very thrilling for me too; they came out as lame and disappointing. I feel there were also a few plotholes: why would a police officer be allowed to investigate crimes similar to what he went through as a child, and what happened to the teacher? Unless the writer was thinking of a sequel, of course.

The ending was also predictable. It was blatantly clear from the start who the villain was. It seemed the author went to a lot of trouble hiding him from plain sight, choosing to weave a winding maze of characters and backstories to confuse the reader and blur the plot.

All in all, I don’t regret reading Into the Water. Paula is an amazing writer who can evoke emotions and stir the mind through her words. I’ll be sure to read The Girl on the Train one of these days.

But for now, back to Dan.

Scroll to top
error: Content is protected !!
%d bloggers like this:
We use cookies to ensure that we give you the best experience on our website. If you continue to use this site we will assume that you are happy with it.Ok