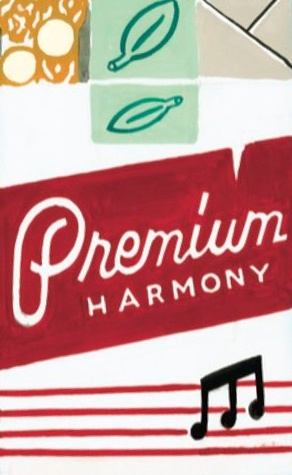 A short story by Stephen King published in The New Yorker.

Stephen King is not the King for nothing. Although his style in this story is a bit different from his other works, it just proves he’s a versatile writer who can spin words and emotions in many different ways.

This tale also requires a concentrated effort in reading between the lines. Underneath the simple language, funny parts and seemingly disordered mess, there’s depth and meaning. I have come upon quite a number of discontented reviews on this, and, quite frankly, I almost became one myself.

But I believe Mr. Stephen to be a very talented writer who will not write anything just for the sake of it. As with every story I read, I always look for what the author was trying to tell me, the reader. It’s also a challenge to try to unravel the writer’s mind. After three readings, I came to understand King’s wisdom.

The central theme is about marriage. Specifically, the marriage of two incompatible people, Ray and Mary. Or, by analogy, people who have drifted apart from each other, who have changed over the years, who have grown apart. It depicts the image of many marriages today: marriages where boredom and indifference had set in, and love, that glorious feeling they had at the beginning, has faded in a background of monotony, resentment and discord.

“When they argue, they’re like greyhounds chasing the mechanical rabbit. You go past the same scenery time after time, but you don’t see it. You see the rabbit.”

I wouldn’t change anything in this story. The story was perfect for me. It has a beginning, a middle, and an end. To some, reading this may be like a road leading to nowhere. But if you walk carefully and slowly, you’ll find yourself treading toward a sure destination.

The story begins with the state of their marriage: ten years, childless, nearly bankrupt, arguing a lot. His wife was barren, overweight, constantly bickered him on his smoking and over almost anything, a bit extravagant for his own taste. He’d bought her a dog, a Jack Russell named Bizz, whose loyalties turned to her, and the three of them were on their way to Walmart to buy grass seed for their lawn, which she insisted is needed to be able to sell their house. They stopped at Quik Pik to buy a purple ball for her niece, again, at her insistence and with his compliance. There, two things happened one after the other, giving Ray the freedom he didn’t know he wanted.

The ending was expected of Ray, whose character background was well-portrayed – his unhappiness and discontent over his marriage – and who, after his initial shock and sadness, was already thinking of a life different from what he had for the last ten years.

“It comes to him that now he can smoke all he wants, and anywhere in the house. He can smoke right there at her dining-room table.”

He was finally free of a suffocating, dull marriage, and he was looking forward to a bright future.

(I thought about the dog, though. The author didn’t mention if Ray took him out of the car before he drove to the hospital with the windows closed and the air-conditioning on.)

“Ray smokes all the way to the hospital with the windows shut and the air-conditioning on.”

When you think about it, even the title depicted the theme of the story. Ray said it perfectly:

“‘That off-brand. Premium Harmony, they’re called.’ They taste like homemade shit, but all right.”

Ray was settling for less in life: cheap cigarettes as well as a boring life with a fat, bickering, disagreeable wife, and an ungrateful dog who loves his wife more than him – just to survive or to exist. He was trapped and didn’t have the guts to get out of it. The solution was taken out of his hands, and in a span of one hour! Lucky fella.

Stephen King is an acclaimed award-winning American best-selling author of fantasy, horror, and science fiction as well as non-fiction books. Many of his books have been adapted into films and television series.

Besides blogging, I also write books.  Twists and turns, mayhem and mystery, kisses and angst, laughter and tears make up most of my stories. Browse them HERE.
Previous
Next

For Exclusive Updates, Excerpts & Freebies, SIGN UP for my Newsletter