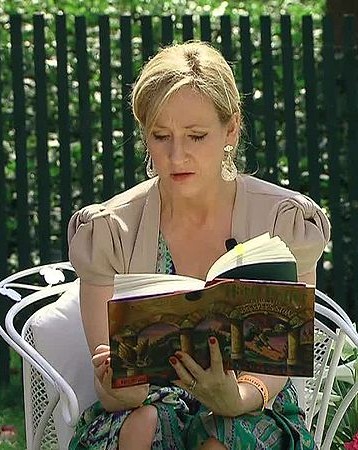 J.K.Rowling Owes Her Success to One Big Decision

A monumental decision was what it took for success to come knocking on J.K.Rowling’s door.

I came upon this article about J.K.Rowling and was hugely inspired to write this post.

In case you didn’t know (you’re living on planet Mars if you don’t), J.K. Rowling is the world-famous author of the Harry potter fantasy series, touted as the best-selling book series in history. She writes other fiction stories under the pen name Robert Galbraith. She is also a philantrophist, a television and film producer, and a screenwriter.

Like I said in my recent post, I seek motivation and inspiration from other writers to give me a boost and help me stay in course.

Naturally, J.K.Rowling, being the world’s first billionaire author, is a treasure trove of inspiration for writers like me.

In this particular article, she tells about the one decision she made which turned her dream into a success.

From Rock Bottom To The Top of the Mountain

Before becoming a rich, successful author, J.K.Rowling, or Joanne Rowling Murray in real life, was living miserably. She had a failed marriage, became a single parent to a one-year-old daughter, lived on welfare and was severely depressed she contemplated suicide.

In her own words, she was in “rock bottom.”

But like a phoenix, she rose up from the ashes to become United Kingdom’s bestselling living author, with sales in excess of £238M.

While it would be near impossible to duplicate her feat, we could all learn from the wisdom she gained along the rocky road to success.

So, let’s ask J.K.Rowling: What was the one decision you made which ultimately brought you success?

I stopped pretending to myself that I was anything other than what I was, and began to direct all my energy into finishing the only work that mattered to me.

The One Big Decision That Spelled Her Success

The only work she was referring to at that time was the first book on Harry Potter. She didn’t quit. She kept on writing until she finished it, and then afterwards, she endured twelve rejections from publishers before Bloomsbury Publishing accepted it, and Harry Potter went on to become history.

She directed all her energy to not just writing, but on finishing what she was writing. She was totally committed. She worked hard.

Most of all, the most significant part in her statement is that she stopped pretending she was someone other than herself.

I suppose what she was saying is that sometimes, as writers, we tend to fit in to a mold instead of creating our own. We mistakenly think that by conforming to a certain mold (which is most probably the easiest to do, or popular, or familiar) of plot or stories, we could sell more books and we can become famous and successful.

But we can all learn from J.K.Rowling’s wisdom.  She came to a decision: to accept and believe in herself and her creation. Then she worked hard to finish the story that truly mattered to her.

She stood by her decision to accept and believe in herself and her creation. By doing that, she changed her life, defined a generation, and turned her dream into success.

I guess it means that you should write as you are, not as others. Your voice. Your style. Your self. You write you. #UWriteU

Truly, Ms. Rowling is the embodiment of Jerry Spinelli’s quote in his book, Stargirl:

Why fit in when you're born to stand out?
Jerry Spinelli
Author of Star Girl

I loved how the article ended with these words:

If you're willing to work hard, persevere, and take a chance on yourself, who you are is more than enough. The only thing holding you back is you... and your willingness to try. And while you may not become the next J.K. Rowling, that's okay. You can be the first you. You should be the first you.
Jeff Hayden
Contributing Editor of Inc.com

What can we learn from J.K.Rowling?

DECIDE TO BELIEVE IN YOURSELF

Just one keyword separates the dreamer from the achiever.

You can and should be the first you, too.

Are you thinking of writing fiction and don’t know how to start? Click these links for A 5-Step Proven Beginner’s Guide to Writing Fiction:  Part 1, Part 2, Part 3

Besides blogging, I also write books.  Twists and turns, mayhem and mystery, kisses and angst, laughter and tears make up most of my stories. Browse them HERE.
Previous
Next

J.K.Rowling Owes Her Success to One Big Decision

One thought on “J.K.Rowling Owes Her Success to One Big Decision”